Aviator Pro, Drones, and Falling Into the Vortex Ring State

As a big fan of Aviator and Aviator Pro, I felt comfortable modeling aircraft and helicopters in STK. That familiarity did not translate over to building a quadcopter. I spent a week trying to figure out why my quadcopter spiraled out of control each time I tried to descend twenty-five feet while in a holding circular pattern. I thought I had successfully translated specifications from a manufacturer into STK. I was wrong. I finally gave up and asked Aviator Pro’s developer what I was doing wrong and most explanations are from him. 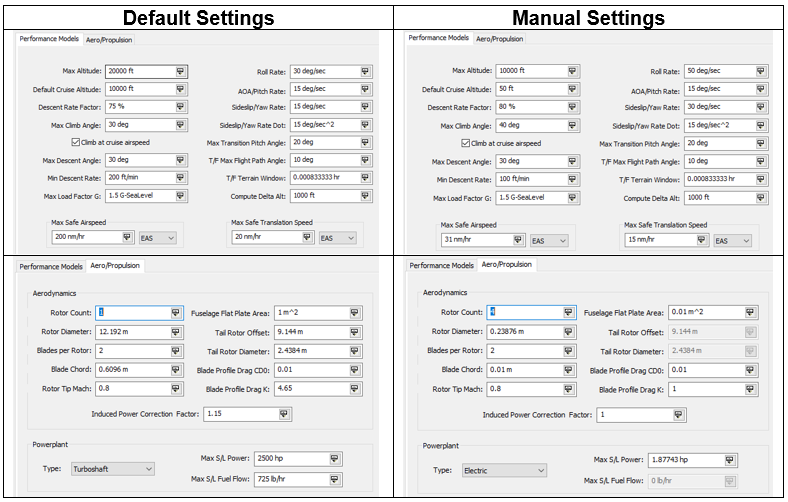 Small drones move quickly but the physics behind them work the same way as they do for an actual helicopter. Here is a picture of the quadcopter losing lift and spiraling out of control when entering a second circular holding pattern: 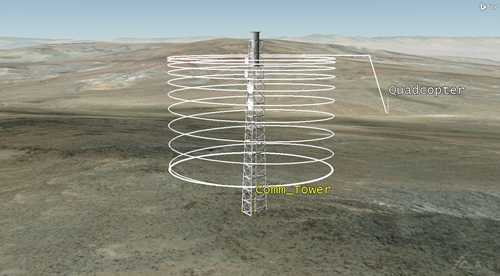 The rotorcraft descent properties are shown in the aircraft properties as they are for a reason.  Helicopters can’t descend too fast in the near vertical because that will basically stall the blades. It’s a situation called vortex ring state, and helicopter pilots are trained early on to avoid a certain part of the flight envelope when descending.

The vortex ring state, also known as settling with power, is a dangerous condition that may happen in helicopter flight, when a vortex ring system engulfs the rotor causing severe loss of lift. This is what happened to the helicopter that crashed during Operation Neptune Spear, the operation to kill or capture Osama bin Laden. Essentially, the helicopter descended into its own downwash and crashed. 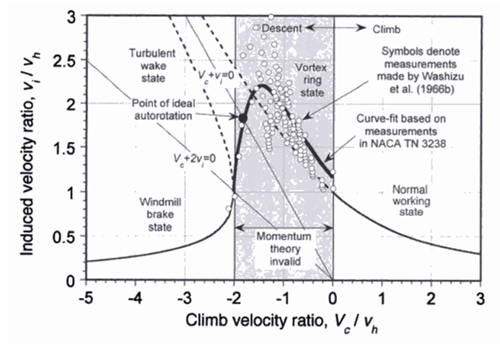 When encountering vortex ring state, increasing the rotor power simply feeds the vortex motion without generating additional lift. Drones are subject to normal rotorcraft aerodynamics, including vortex ring state. Frame design, size and power have an impact on the probability of entering the state and recovering from it. In general, the smaller the drone, the more likely it is to suffer from the effect. In my scenario, the drone was small and light (1.5 pounds). Drones that do not maintain a level altitude are also more likely to succumb to operator error, where the operator drops the craft too fast and into its own propwash. Therefore, the scenario drone spiraling out of control.

In the scenario, the TAS was low enough that the only real way to control the ability of the quadcopter to descend in a satisfactory way was to specify a large enough minimum descent rate. Taking all this into account, here were the new rotorcraft inputs (Aero/Propulsion remained the same):

Using the above property settings, I was able to make four smooth passes around the tower at 25 foot intervals. Also, during the passes, I decreased the quadcopter to minimum airspeed. Here is the finished product: 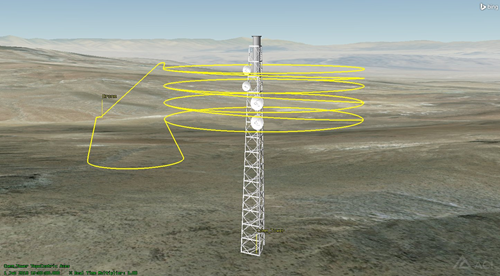 The online tutorial “Quadcopter Design and Performance Analysis over Terrain” can be found HERE.