Satellites in geosynchronous orbits have a wide variety of uses. Most of these satellites are used for communication for radio and television networks or for direct broadcasting. Others are used for weather imagery, such as NASA’s GOES satellites. Regardless of their specific use, these satellites are essential for information in our day to day lives. That’s why it is important to be able to properly configure the graphics of these orbits to display the most useful information possible.

Inserting a geostationary satellite into STK and zooming out in the 3D Graphics window to see the orbit will look something like the picture below. 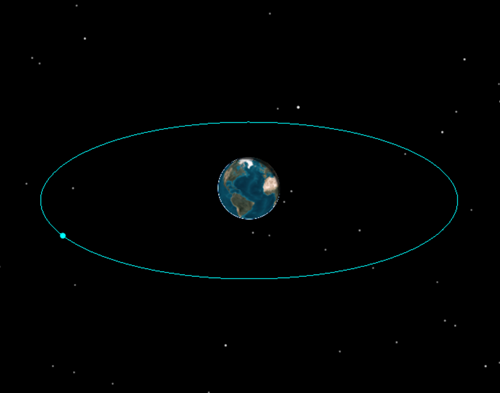 This view gives very little useful information about the orbit. Instead, there are a few changes that you can make to drastically improve the visualization of this orbit. The best tool for this is the “Geostationary Box” option found in the 3D Graphics- Proximity page of a satellite’s properties. This option displays a geostationary box as a planar rectangle centered at a fixed longitude. The box’s size and color can be changed. Additionally, changing the satellite’s Orbit System to “Fixed by Window” instead of “Inertial by Window” and removing the satellite’s lead track while adding a trail track will add to the visualization of your satellite. 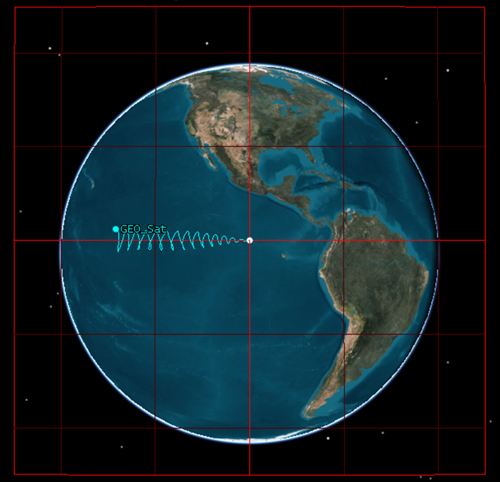