STK can be used to model and analyze the interference from a constellation of Low Earth Orbiting (LEO) satellites on the communications link between a Geostationary satellite to a ground link. In this example, a Geostationary satellite was configured with a transmitter with access to a receiver on a ground platform. A LEO satellite constellation was built by using the Walker Tool, available through the STK SatPro module, and each bird was configured with a transmitter. In this example, a multibeam transmitter was included on each LEO spacecraft as interferers. The image below shows the 3 dB contours of the multibeam transmitter surrounding a ship receiver. A CommSystem object was used to process the interference of these LEO transmitters on the desired space-to-ground link represented by a green line in the figure below. A red line represents the interference link. The graph shows the C/(N+I) or Carrier to Noise Plus Interference Ratio when the ship-based receiver is in the center of the satellite footprint (about 60 dB compared to the static C/N). 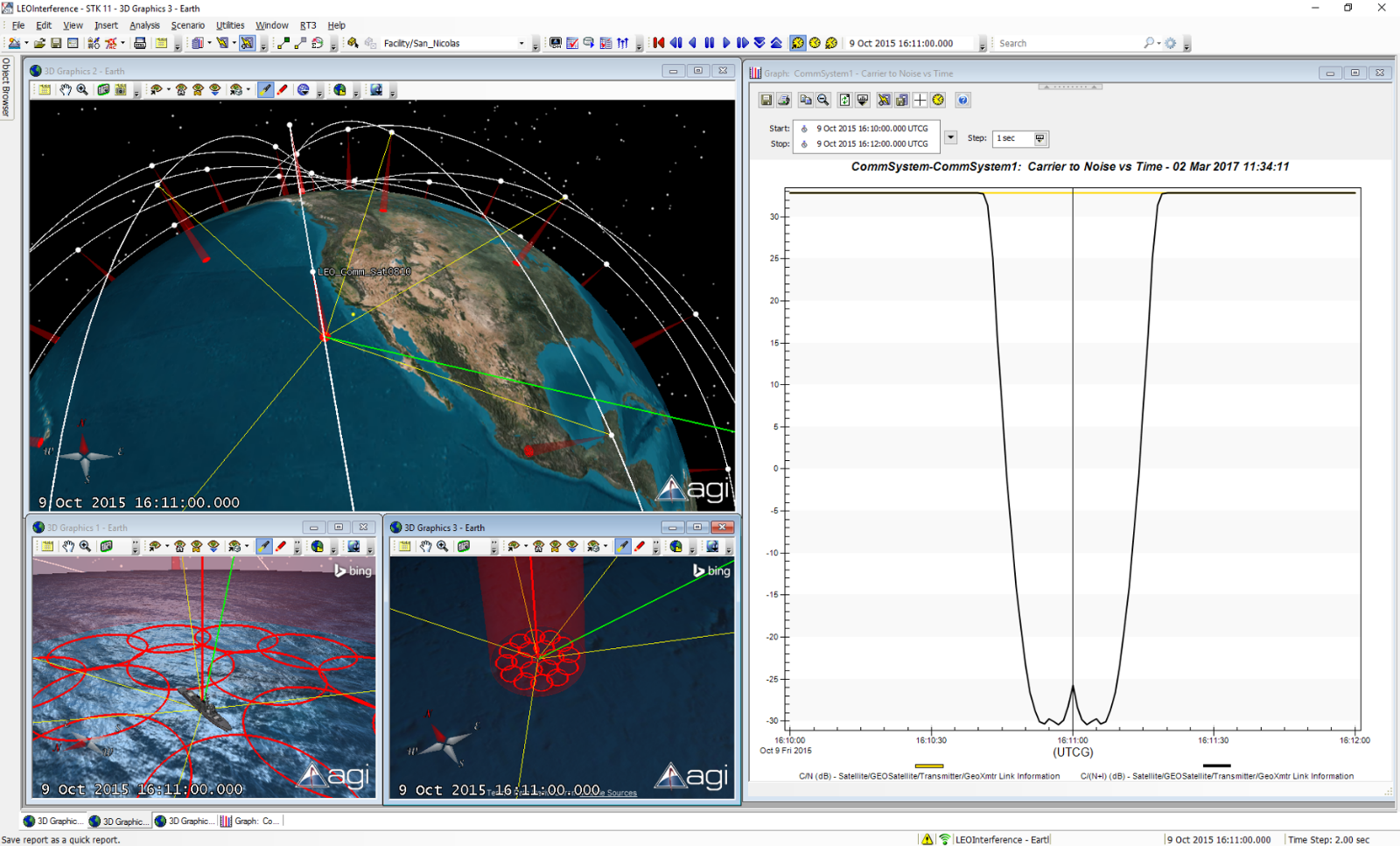 This example was created based on the New Features in STK 11 Tutorial. The objects that were added are as follows: If you have questions or want to explore more, come by and see me at SATELLITE 2017. I'll have this scenario, and others up and running at Booth 2318. Hope to see you there!