Polarized signals in Radar applications help obtain better information about the radar target.  Different target geometries and material characteristics respond differently to polarized signals. Questions have been raised about how STK handles polarized signals and complex scattering RCS for targets. STK/Radar offer high fidelity polarization modeling in radar signals as well as the complex scattering properties of the targets.  The target’s Radar Cross Section (RCS) can be constant, symmetric, completely aspect dependent or dynamic.  The position and attitude of the target determine the RCS as illuminated by a transmitter and as seen by the radar receiver. STK/Radar scenario can model dual channel transmitters and/or dual channel receivers.  Two channels represent the signals with a polarization from an orthogonal set (e.g. RHC/LHC or vertical/horizontal).  The primary transmit channel polarization is selected by the user, and the secondary channel polarization is set by STK to be orthogonal to the primary channel.  The radar transmit side and receive side polarizations can be set independently. Orthogonal polarization channel feature allows the user to model a second transmitted signal with similar characteristics but different polarization. On the receive side, the receiver can be single or dual channel.  In the case of dual channel system, the first channel is the primary channel, and the user selects its polarization.  The secondary channel polarization is set by STK to be orthogonal to the primary channel. 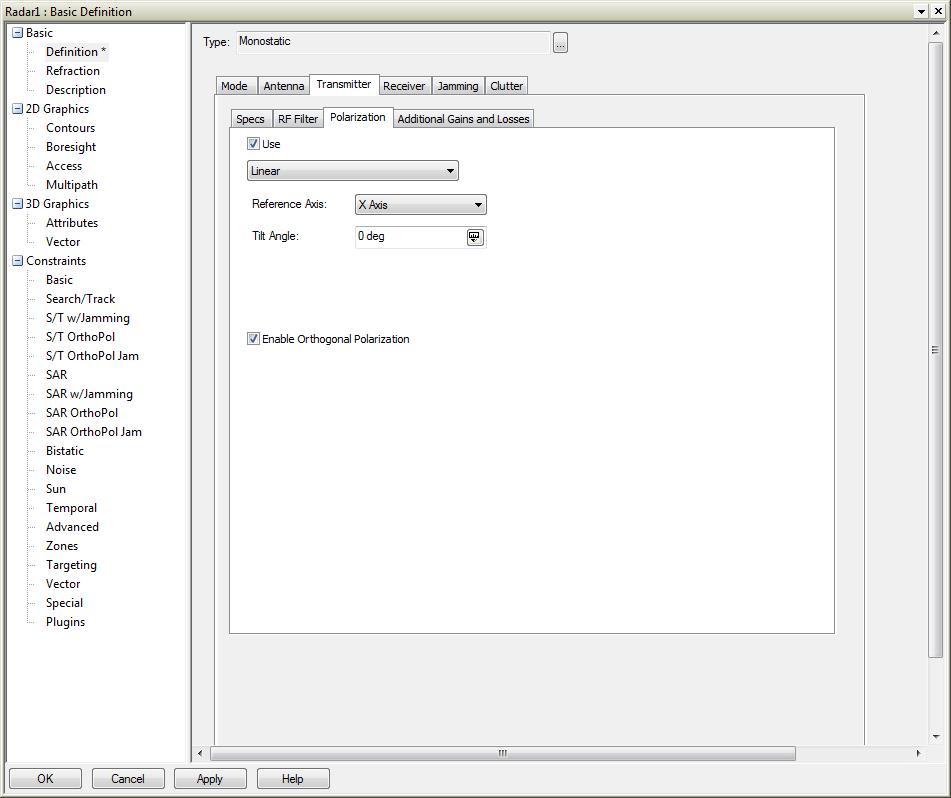 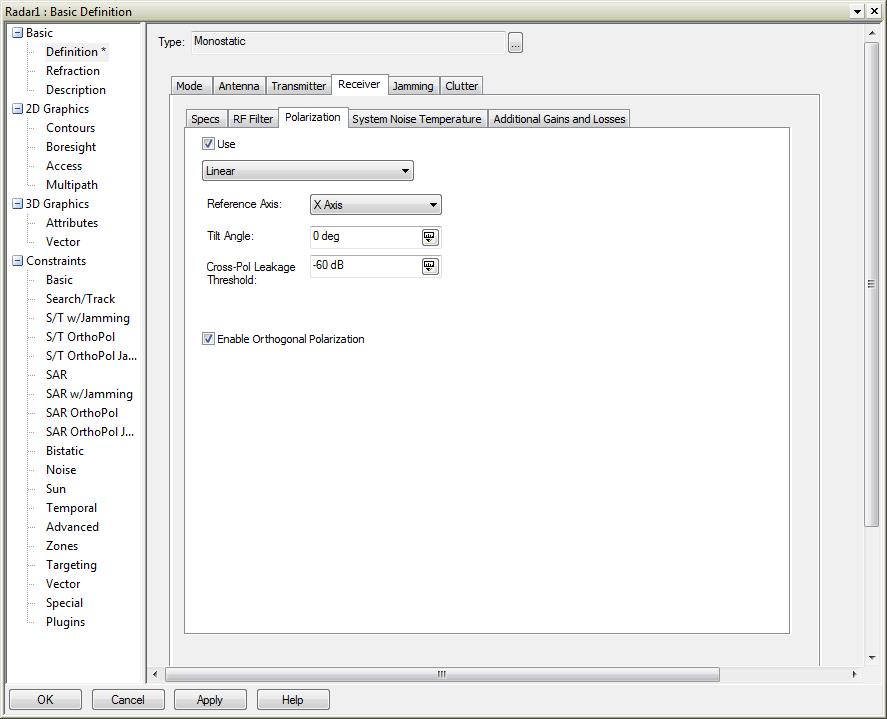 Figure 2, shows the radar receive side polarization settings. Receiver polarization setting allows for cross pol leakage from one channel into another channel.  Both transmit and receive sides show the option for an orthogonal channel.  This helps model systems with different configurations. Possible combinations are below: Target RCS can be modeled with varying degree of fidelity: The target RCS responds differently to each of the orthogonal polarized radar signal.  This helps to model advanced weather or SAR radars as well. 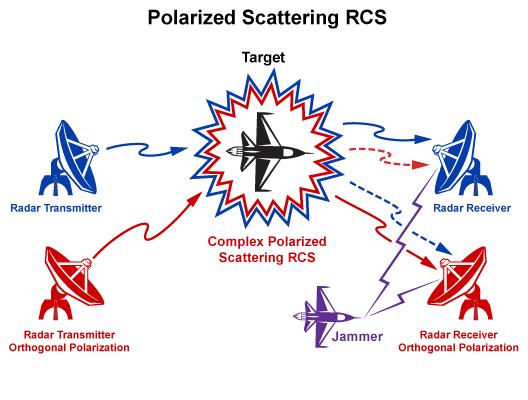 Figure above helps to illustrate the use of polarized channels, cross pol leakage into other channels and how a jammer might impact each of the channels independently. Considering complex scattering RCS for a spinning satellite, each of the polarized channels will experience different level of reflected signal from the target satellite.  These signals are processed independently to compute signal to noise ratio (S/N).  S/N is subsequently used to compute the derived data such as the probability of detection (Pd).  Target signature from each channel may be used to enhance the quality of results or for target identification.

The above chart shows the primary channel S/N and the orthogonal channel S/N changing over time for a spinning satellite used as a target.