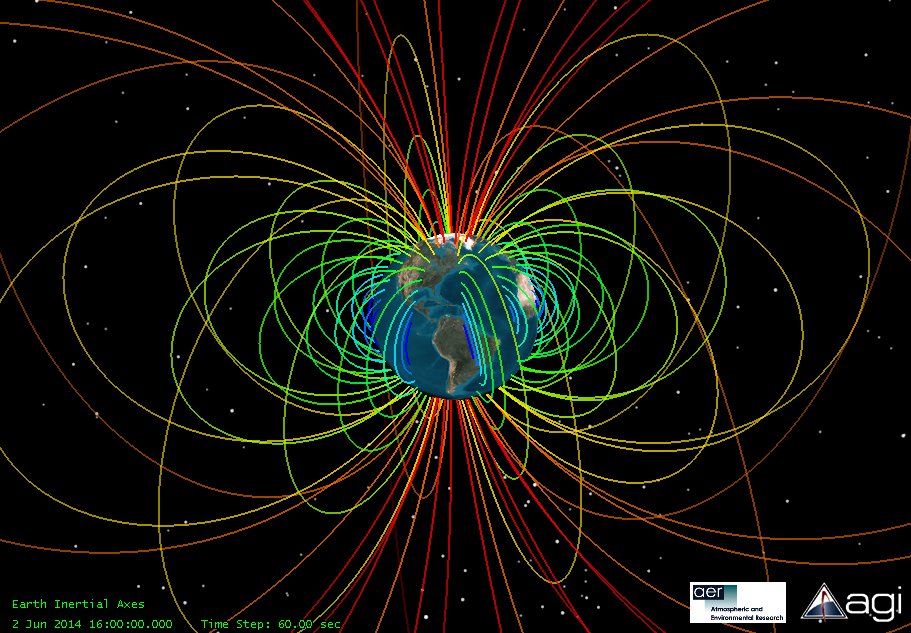 It’s an exciting day here at AGI! After some hard development work, we have just released STK 10.1.1 along with an updated version of SEET which includes some awesome new features - internationally recognized galactic cosmic ray (GCR) and solar energetic particle (SEP) models! First off, who doesn’t just think the words, galactic cosmic rays, are cool? Well, if having a cool name isn’t enough, being able to model the untrapped radiation environment, which is comprised of GCRs and SEPs, is important to anybody designing or operating a space vehicle. GCRs can lead to a variety of satellite anomalies, especially single-event effects (SEE) which can upset electronic components and software on the satellite. SEPs can cause similar problems, as well as other effects including increased ionizing dose and damage to solar arrays. Increased total ionizing dose leads to long-term failure of electronic components, and damage to solar arrays, which can eventually lead to loss of power to satellites. SEPs also cause other disruptions to technology such as increased radiation dose to astronauts and airline crews and passengers especially when going over the poles, as well as degraded HF radio communications (which are used to communicate with aircraft in flight). Being able to model these effects in addition to the features that already existed within SEET (trapped radiation environment, South Atlantic Anomaly, magnetic field, particle impacts, and vehicle temperature) help designers and analysts predict a wider range of environments that affect spacecraft. The space radiation environment is a crazy place. From growing levels of man-made debris to increasingly energetic natural phenomena such as the Sun’s solar flare activities, it’s becoming progressively more important to understand the effect it has on technology and human beings. In order to avoid potential problems, mitigation against such events relies on engineering space vehicles to be resistant against the different types of damage that could occur or in some cases, particularly at times of strong SEP events, some operations must even be avoided. SEET, through its tight integration with STK’s analysis over time, helps you figure these things out so you can design and plan accordingly! To evaluate SEET contact info@agi.com and look for a DIY webinar on SEET to be announced shortly!

Add space environment variables to your orbit modeling and analysis.