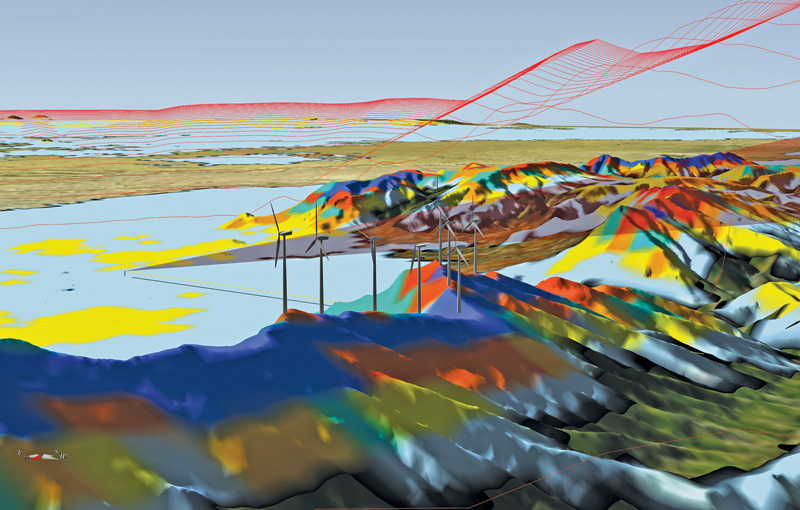 On Saturday, April 13, AGI was honored by the Institute for Electrical and Electronics Engineers (IEEE) Philadelphia Section with its 2013 Corporate Technology Innovation award. This award recognizes outstanding contributions in the field of electro-technology. AGI software predicts the impact of proposed and existing wind farms on the performance of radar systems, allowing for risk reduction in our nation’s defensive efforts while saving money in the wind farm siting process. The large, rapidly-moving blades of wind farm turbines have tips that can move at velocities of up to a few hundred miles per hour. This can result in Doppler-shifted radar signals that mimic aircraft or even a stationary tornado. This interference results in degraded radar performance that could make aircraft or weather events nearly undetectable. Analyzing the potential impacts of proposed wind farms to nearby defense, weather and air traffic control radar systems aids the decision-making process. This software is currently being used by the North American Aerospace Defense Command (NORAD) for its Radar Obstruction Evaluation Model/Simulator, or ROEMS tool. ROEMS is an automated modeling system that assesses the probability of detecting air tracks within radar search areas that are subjected to various types of obstructions. With ROEMS, users can define environments that include clutter sources such as wind turbines and ground foliage to predict their impact on radar signal propagation. They can also model the effects caused by terrain and the atmosphere and predict expected radio frequency (RF) interference.