AGI spins off Cesium as an independent company

Cesium and Analytical Graphics Inc. (AGI) are thrilled to announce the launch of Cesium, a newly independent company and the first spinout company from AGI. The new venture kicks off with a $5 million Series A investment from Falcon Global Capital to fuel the growth of Cesium's platform enabling software developers and data providers to build dynamic, interactive 3D geospatial applications.

From cameras and LIDAR on satellites, aircrafts, drones, cars, and IoT devices to AI-generated semantics to open data policies to crowdsourcing, 3D geospatial data is more easily available, at a higher resolution, and more frequently refreshed than ever before. Now this data needs to be made accessible, shareable, and ultimately usable - which is where Cesium comes in. 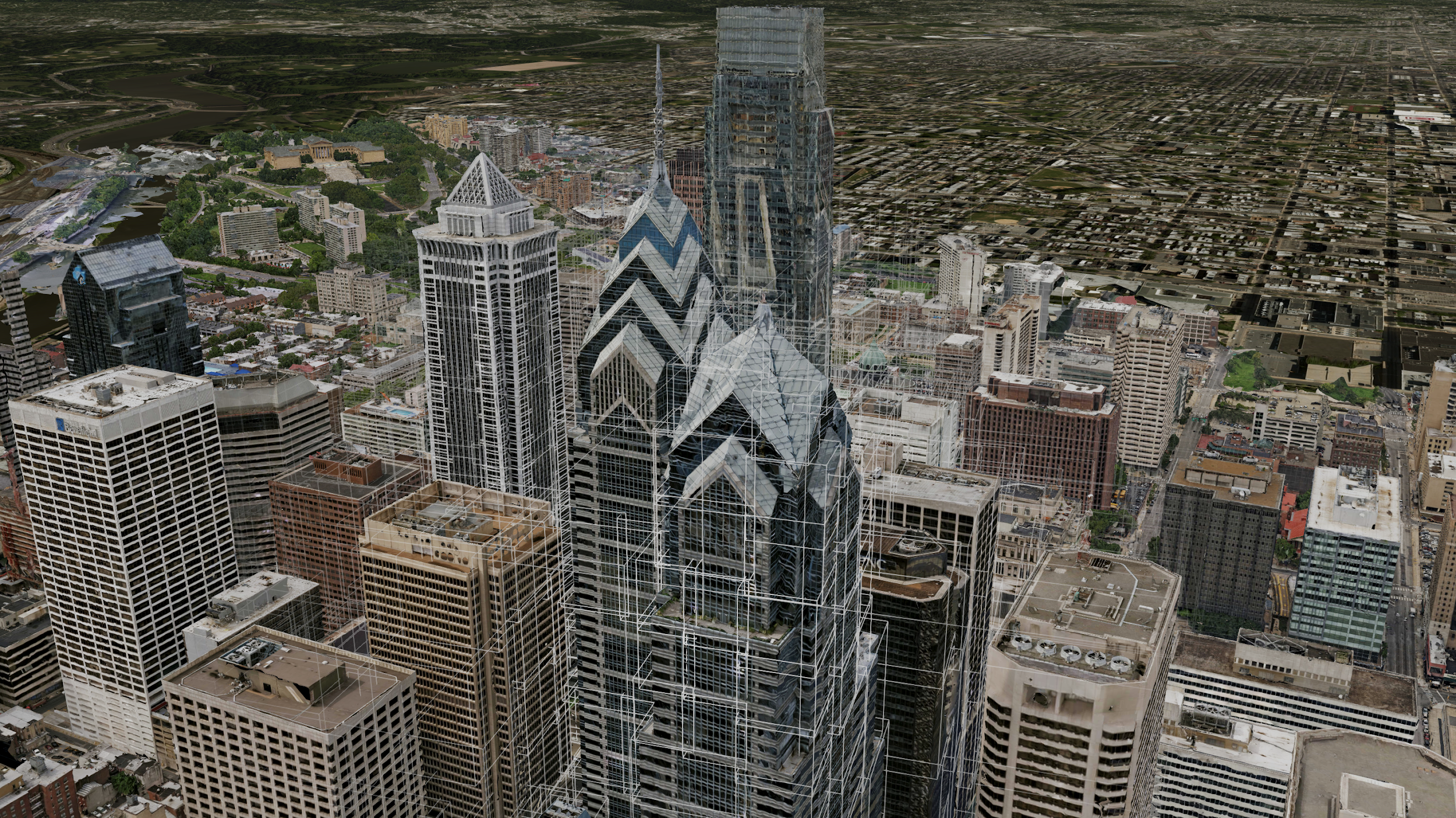 Cesium's 3D tiling pipelines make it easy to stream highly detailed massive models like this in a web browser by loading only the pieces that are needed.

"The sheer volume of real world 3D data being collected is creating opportunities in almost every field," said Cesium CEO Patrick Cozzi, creator of Cesium and a recognized expert in 3D graphics and geospatial technologies. "This spinout and investment will allow us to accelerate the entire industry by building the platform that will enable the future 3D geospatial ecosystem."

Cesium is building technology that will unlock the potential of real world 3D data. Their vision is a world where developers easily build 3D data into their apps, data providers share massive models and datasets in seconds with just a link, and data and insights gleaned from 3D data are used across industries and wherever they provide value. 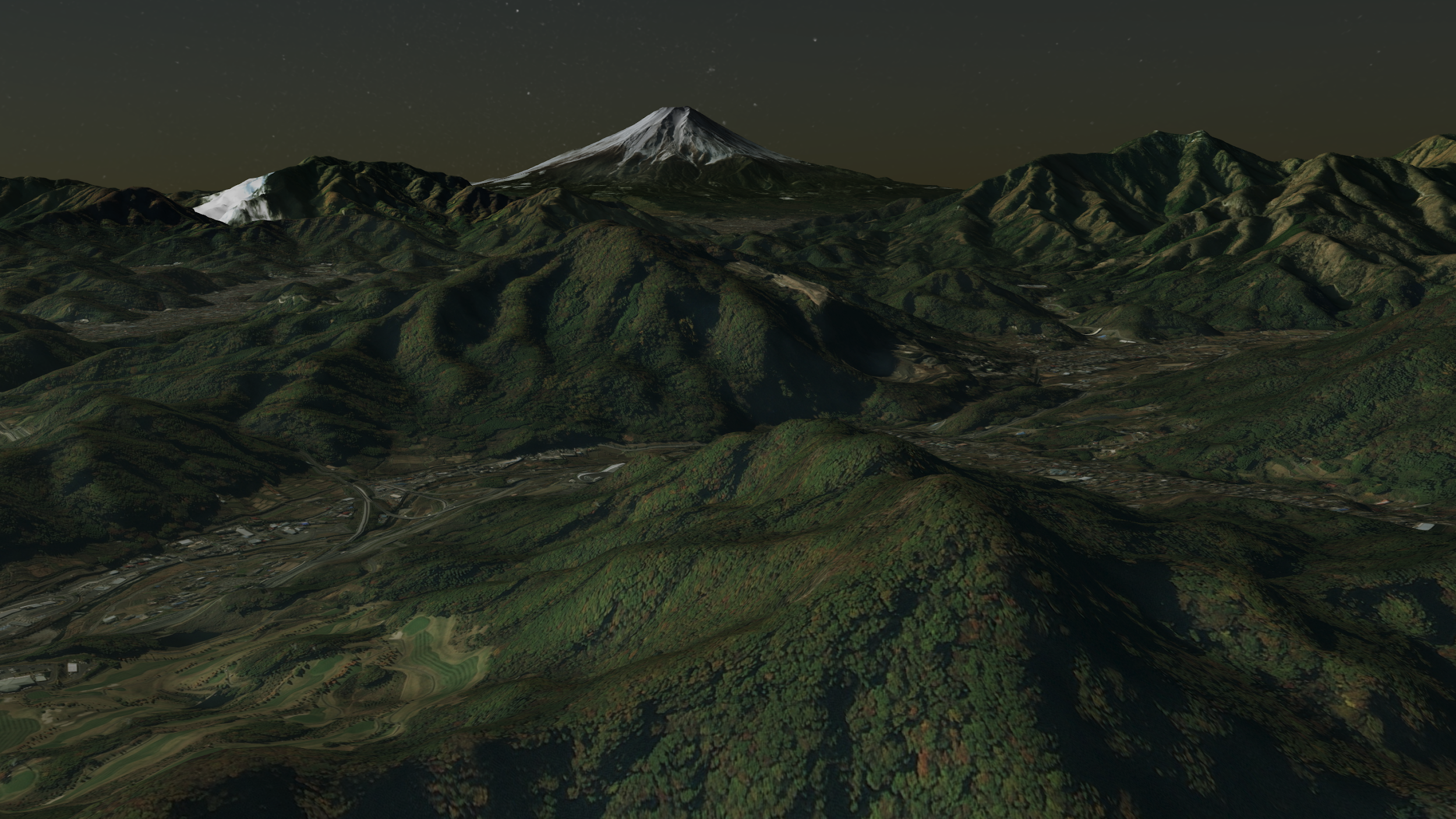 Mount Fuji at dawn. This image is from the Cesium World Terrain dataset and is fused with satellite imagery from Bing maps.

This vision is already beginning to be realized. The National Geospatial Agency uses Cesium for 3D web visualization of its Map of the World. Mozilla uses the platform to add real world 3D data to its virtual reality framework. The Toyota Research Institute uses Cesium to visualize the 3D environment captured by sensors on their autonomous cars, and each year NORAD uses Cesium to track Santa's path around the globe on Christmas Eve.

Cesium began as an internal project at AGI in 2011 when a team of computer graphics developers set out to fill the vital need of temporal geospatial visualizations on the web. They built what became CesiumJS, an open-source 3D visualization engine that quickly garnered over half a million downloads.

Cesium has since evolved into a complete platform for 3D geospatial data. At the heart of this platform are its 3D tiling pipelines, which transform massive and diverse 3D geospatial data into streamable 3D content that can be used on any device, online or offline. Cesium is also the creator of 3D Tiles, an open standard for 3D geospatial content adopted as a community standard by the Open Geospatial Consortium earlier this year.

This 3D Tileset of the Pyramids of Giza, Egypt was captured by Vricon and can be explored as part of the curated datasets available on the Cesium platform

“We are thrilled for our Cesium family,” shares Paul Graziani, AGI’s chief executive officer and co-founder. "Patrick and his team have accomplished amazing things at AGI, developing an open-source platform that enables users to visualize and analyze data from virtually any source.  With the rapid advancements and proliferation of 3D geospatial data sources, now is the right time for Cesium to launch as an independent entity. Cesium's platform will continue to play a vital role in AGI's software products and we look forward to the exciting things they will achieve going forward."

Today the Cesium team makes its debut in a new office in Center City, Philadelphia, PA and embarks on its mission to deliver an open platform to stream, visualize, and analyze data that is accurate, performant, and time-dynamic on the web.