In STK 11.7, we are connecting you to more massive 3D datasets for your globe. STK now supports streaming terrain hosted by our on-premises product, Geospatial Content Server (GCS) and streaming 3D Tilesets hosted on the publicly available Cesium ion.

You may recall that in our previous release of STK, we added the ability to visualize 3D Tilesets hosted by the GCS. During the development of STK 11.7, the GCS team worked in tandem with us to release version 2.2 of the GCS, which features streaming terrain. We were then able to update STK so that it can visualize the high-fidelity terrain now available from the GCS. With STK 11.7, the GCS has absorbed and advanced the terrain hosting and processing responsibilities of STK Terrain Server. 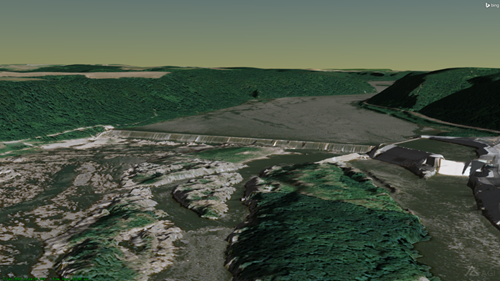 If you don't have your own on-premises GCS to host 3D Tilesets, you’re in luck! STK 11.7 can now access 3D Tilesets hosted on the Cesium ion platform. Cesium ion is a cloud platform for managing, processing, and hosting massive 3D datasets. These datasets can be efficiently streamed into STK and Cesium applications. Cesium is the team that wrote the specification for 3D Tilesets, which means that you have access to several high quality, curated datasets. You can also access tools to easily convert your massive 3D models into hosted 3D Tilesets. If you don't have an account already, sign up here, for free. 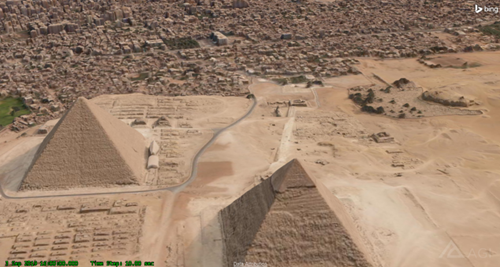 In addition to integrating with the 3D data providers, STK now supports the glTF extension for WebP image data. This data format reduces storage requirements and network costs. In 3D Tilesets, it is common to have texture data encoded to WebP.

In this release, we’ve also made some notable advances in rendering performance. You should notice improved frame rates across the board. And, you can expect more performance improvements in future releases of STK.