Last weekend, I took a picture of an especially awesome-looking Moon. While the Moon is plenty exciting on its own, I took a picture with my phone because there was another celestial body right above it! You can see my picture below. 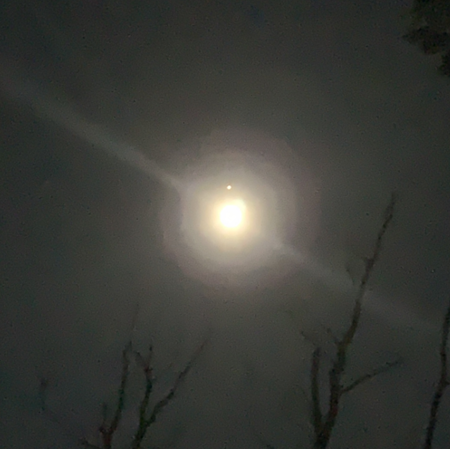 At first glance, I believed that Mars was behind the Moon. After staring for a bit, I went back inside, opened Systems Tool Kit (STK), and used STK EOIR to create a synthetic sensor scene of what I just captured with my camera. When I clicked the dot behind the Moon, I was excited to learn that my hunch was correct.

EOIR represents the analog world by digitally sampling the “modeled universe” from a sensor to create a synthetic scene that models 27 optical materials, including:

In EOIR, you can expand your scene when you include:

To confirm your own celestial suspicions, follow the steps below: 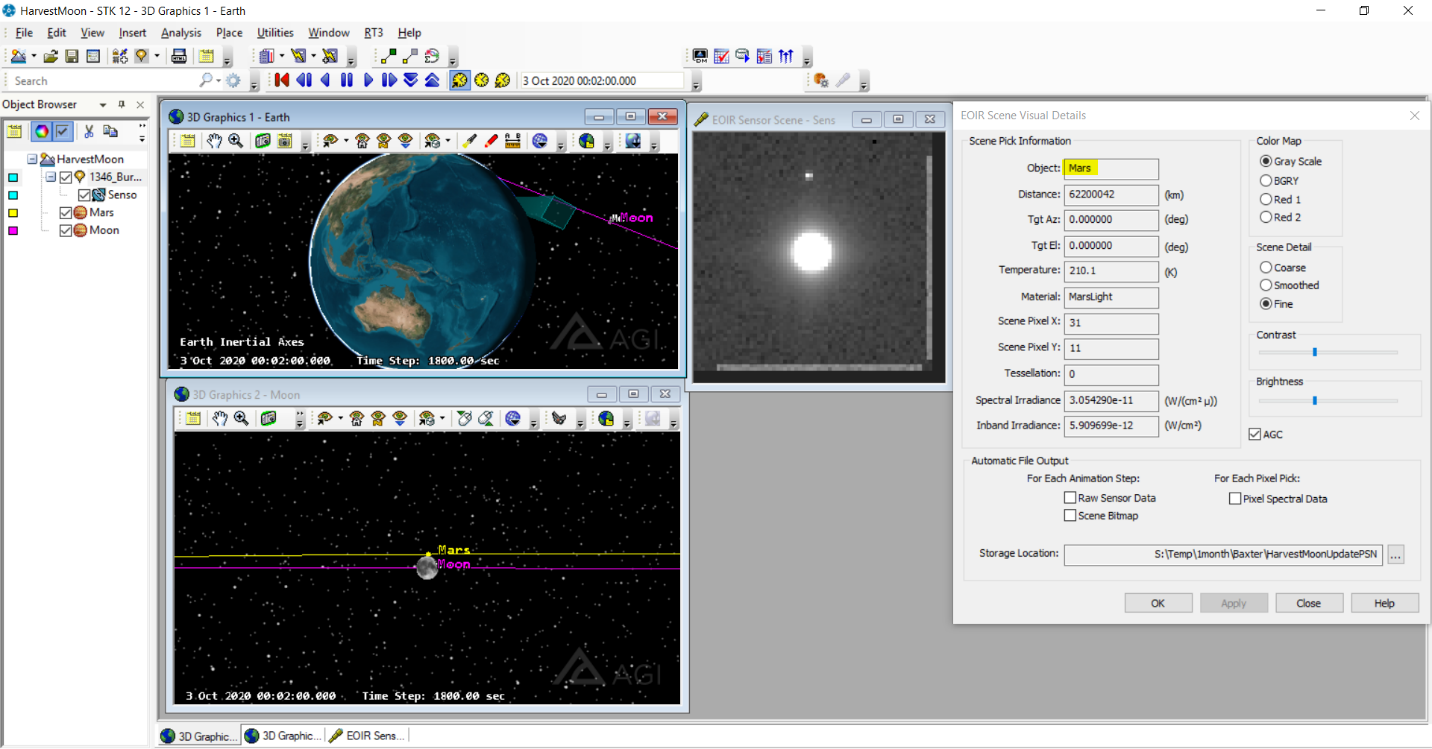 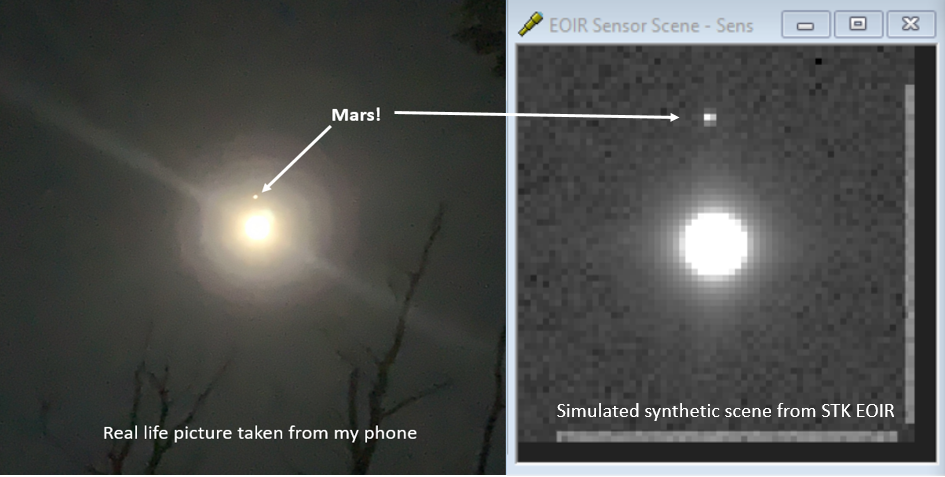 While I am certain that many amateur astronomers were already aware of this cool celestial event, I was excited to use STK to solve my mystery.

Good luck using STK to visualize the skies above!