One of STK’s great strengths is its interoperability with other software. This flexibility includes an open environment to customize, import, export, and seamlessly use data.

Here’s an example about exporting:

Many communications satellite operators need to figure out if their spacecraft can provide good communication quality over their region of interest.

To do that, they overlay various types of contour lines — describing Antenna Gain, Effective Isotropic Radiated Power (EIRP), and others — on a map to figure out what the signal level would be over the area in which they need to provide service.

STK is not only capable of calculating and visualizing contour lines on a 3D globe and 2D map, but it can also export them into shapefiles (.shp).

Exporting to a shapefile is easy once you have defined what you want to visualize in the Contour properties of the transmitter object you are interested in, as depicted below:

Then, go to the Utilities menu, select Export, and then choose Shapefile, as depicted below:

You can select the type of shapefile you wish to create— point, arc, polygon, or polyline— select the object that you want to export contours from, name your shapefile, and then click Export. In the image below, you can see how you would export the antenna gain contours of the transmitter depicted earlier into a polyline shapefile.

Please remember that a shapefile is not just a .shp file. There are also ancillary files, such as .dbf, .shx, .prj; these are useful when manipulating a shapefile within a geographical information systems (GIS) application, such asQGIS, which is shown below: 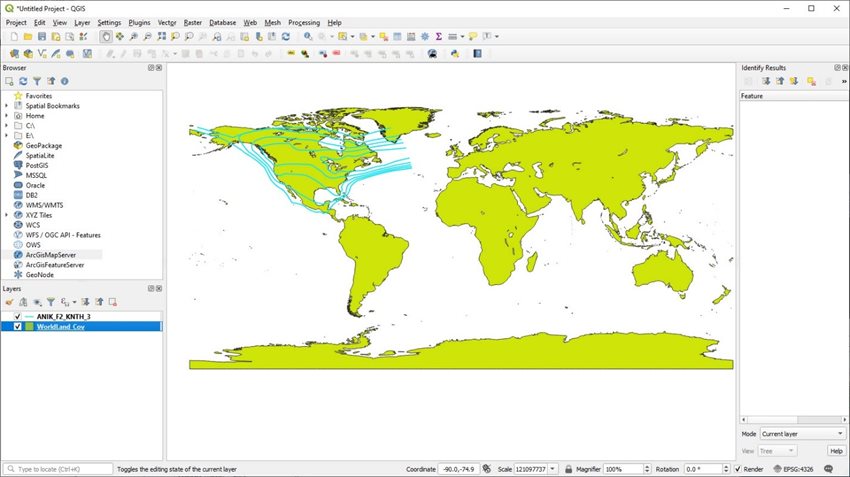