As technologies advance, there are seemingly endless threats to thwart and the race is always against the clock. The development of unmanned aerial vehicles, commonly referred to as “drones,” add another layer of complexity to multi-domain military operations on an increasingly complex and unpredictable battlefield.

The recent reports out of Syria highlight the inclusion of these in an evolving battlespace. One of the simplest threats to drones is the blocking or scrambling its reception of a signal from a GPS satellite. This “GPS jamming” can produce serious operational impact on military mission and will likely become more and more prevalent. According to a piece by NBC, Russians are using GPS jamming against the U.S. military’s smaller surveillance aircraft.

For those familiar with these operations, this type of attack is not surprising, and teams anticipate disruption with a combination of tools. Using a multi-domain modeling system prepares operators by analyzing GPS reception in an operations area, and if that will interfere with the aircraft’s reception of GPS signals. 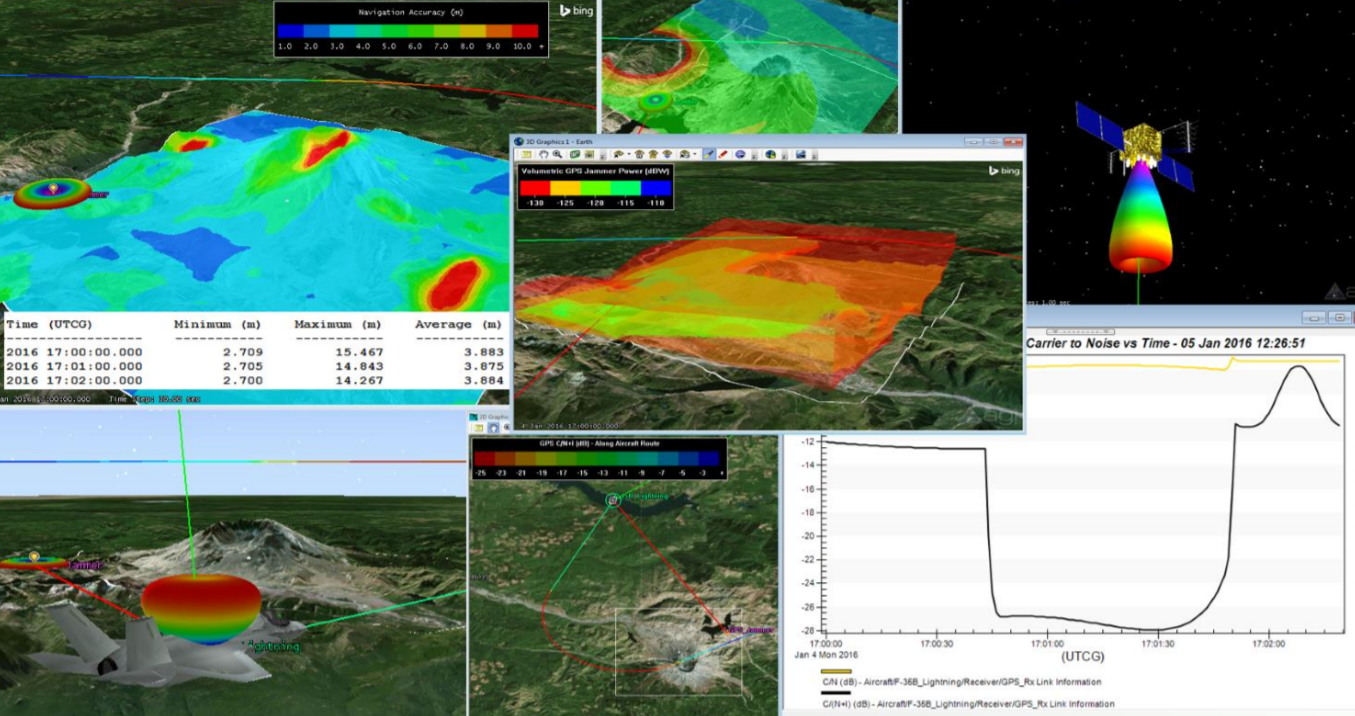 This STK scenario depicts a GPS Satellite linked to an aircraft and the surrounding RF jamming from the GPS jammer on the ground. The plot is the carrier-to-noise ratio between the GPS satellite and aircraft.

The Systems Tool Kit (STK) has a quick tutorial that demonstrates how to determine if a small, hand-held GPS jammer can interfere with your mission. One can also determine how spectrum filters or phased array adaptive nulling can counter this, or design new systems as other phenomenologies to get positioning, such as celestial navigation, that operate in these denied environment.

Confronting these new dimensions of modern warfare is critical for national security, and validated and fielded commercial modeling and simulation brings incredible value and power to those helping secure our nation.