I love lasers and beer...

...that is, Laser Communications and Beer-Bouguer-Lambert’s law!

Question: Did you say Lasers?!

Yes, Laser Communications, but not the kind that go Pew Pew Pew.

Yes, Beer-Bouguer-Lambert law for laser signal attenuation, and yes, I like a cold beer, especially Tiger Beer from Singapore.

I have been looking into Lasers, not directly into them, but doing some research about them. These lasers allow you to communicate between transmitting source and receiving sensors similar to a Fiber Optics without using physical cables, but using free-space.

This technology has been demonstrated on LADEE mission using the Laser Communications Relay Demonstration (LCRD). This mission proposes to revolutionize the way we send and receive data, video and other information, using lasers to encode and transmit data at rates 10 to 100 times faster than today's fastest radio-frequency systems, using significantly less mass and power. This could be a game-changing technology for small satellites, large constellations and deep space communications.

As discussed, one challenge of using this technology is that the laser needs to be accurately pointed towards the receiver. The other challenge is that there are propagation losses to consider when communicating through the atmosphere. This is where STK can help!

In STK, we can set up Laser Transmitters and Laser Receivers on any platform. These platforms can include satellites, aircraft, ships, ground vehicles, but we will focus on usage on satellites. In an STK scenario, I have set up a Low-Earth Satellite with a Laser Transmitter and Laser Receiver to communicate from Singapore to the Satellite to Kuala Lumpur. This is done by using STK’s Communications capability and STK’s Chain Analysis object. Below is training on how to build communication and chain objects in STK.

Now that we have modeled the link, we can show the effect of misalignment of your lasers and the overall effect on your Carrier to Noise Ratio. I ran a preliminary trade study of the effect of misalignment or pointing error on a Satellite Laser-Communication Uplink. The figure below shows the Carrier to Noise ratio for the same contact, but the elevation value is offset from the perfect pointing to 0.01, 0.05, and 0.10 degrees. The difference is about 8dB for the worst case of 0.10 degrees. I have loaded this scenario on the SDF for further study. (Download from SDF) 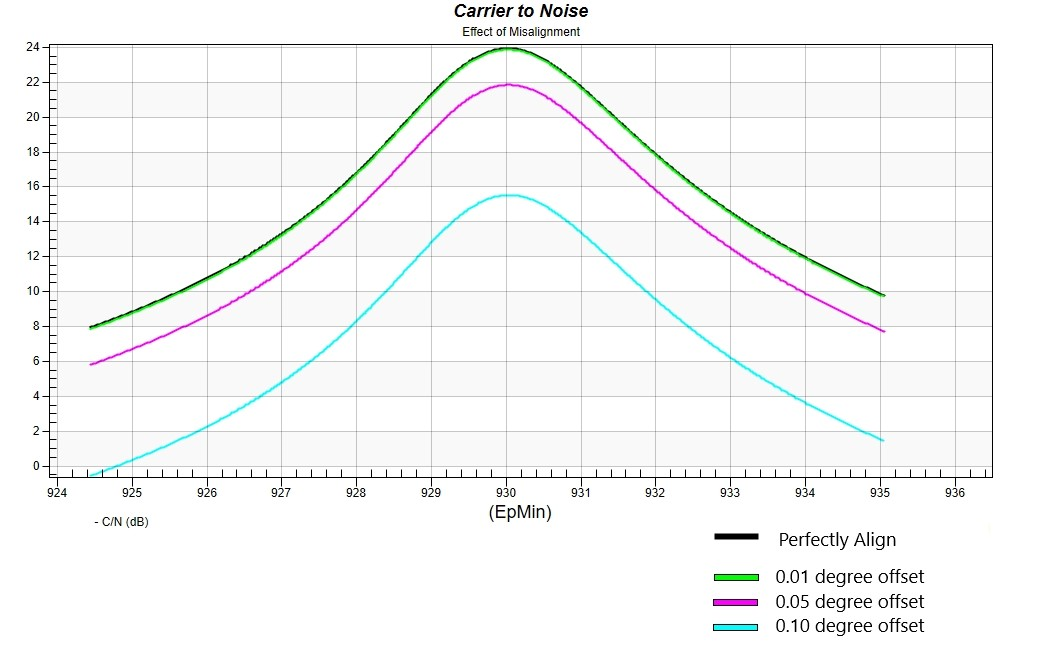 For practical purposes, there is a loss of signal if you are passing the signal through the Earth’s Atmosphere (as represented by a beer above). For an uplink or downlink between a ground site and a satellite, there will be an attenuation of the signal due to the Earth’s Atmosphere being a material. For an example application of the effect, I compared with and without the Propagation loss and found the effect. The effect was increased towards the start and end of the contact. During this time, there was a larger amount of atmosphere to absorb and scatter the signal so the loss was greater. 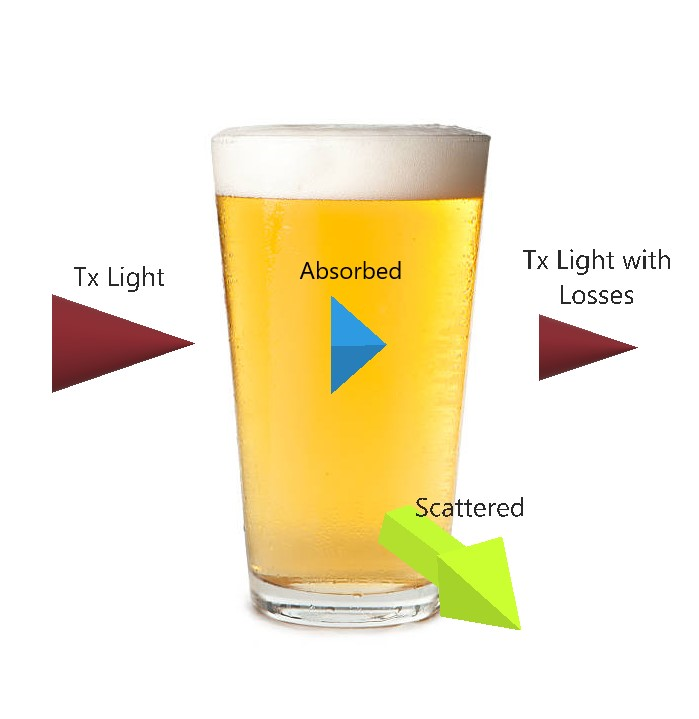 Another analysis area for Laser Communications is the attenuation (loss) of the optical signal as it travels through the atmosphere. STK uses the Beer-Bouguer-Lambert law to calculate the loss. For a beam of light as it travels through a material, the light can be either scattered in different directions, absorbed into the material it’s trying to travel through or transmitted through safely.

Overall Satellite Communications should become a main-stay in the aerospace community so becoming more aware now will help later on. Or at least you have something to talk about with your mates over an iced cold beer!