The reason the attributes are listed under 2D graphics is because 2D graphics came first and became an inherited property of 3D graphics when it became popular. 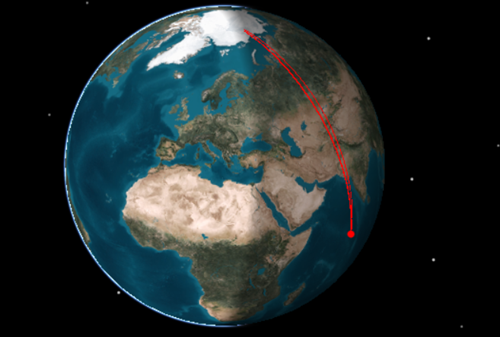 For a similar example, if you only want the ascending orbit above the equator to show, you could choose ascending under Visible Sides. You can even add labels to define the pass or path by checking Show Pass Labels or Show Path Labels.

If the Inherit from 2D graphics checkbox is not selected, the Pass is defined by the 3D graphics Pass page.

The 3D graphics page has an option for tick marks that is not available in the 2D graphics tab. This is useful because the tick marks can be spaced at even intervals of distance to show how far the object has gone through time. In the same example, if you would like to show a tick every 50 kilometers for two ascending orbits above the equator the orbit or ground track could be selected and the tick width could be set to 50 km. 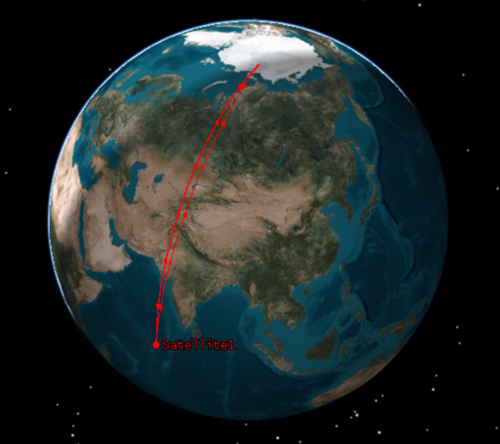 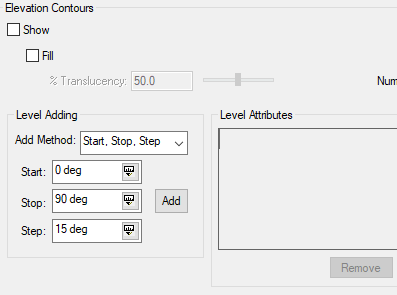 The way to add a contour for either range or elevation is by adding levels. Levels must be added in the Level Adding. The methods to add a level are either Start, Stop, Step of Explicit. These can be defined in Add Method. After levels have been added, if an Elevation or Range Contour should be displayed check the Show checkbox. If the contour is too dark the translucency can be set lower.

The South Atlantic Anomaly Contour is used for satellites only and will only show if the object is a satellite.

The Covariance Pointing Contour defines the direction of uncertainty contours from the object.

The Range Contour is different than the 2D Graphics because it also has an option for showing the boundary. This option allows for the boundary wall to be seen as well as the upper and lower edge.