More and more often I’m being asked, “How do I apply a custom behavior model to an STK object?”  The answer I typically have to come back with is “It depends. What are you trying to do with it?”  The truth is the techniques for integrating custom models with STK will vary quite a bit depending on a few things such as:

If you’re thinking about integrating a custom model, try to answer the above questions.  You should then be able to put your model into one of the 4 categories shown in the below flowchart, and that will put you on the right track to start using your model in STK. 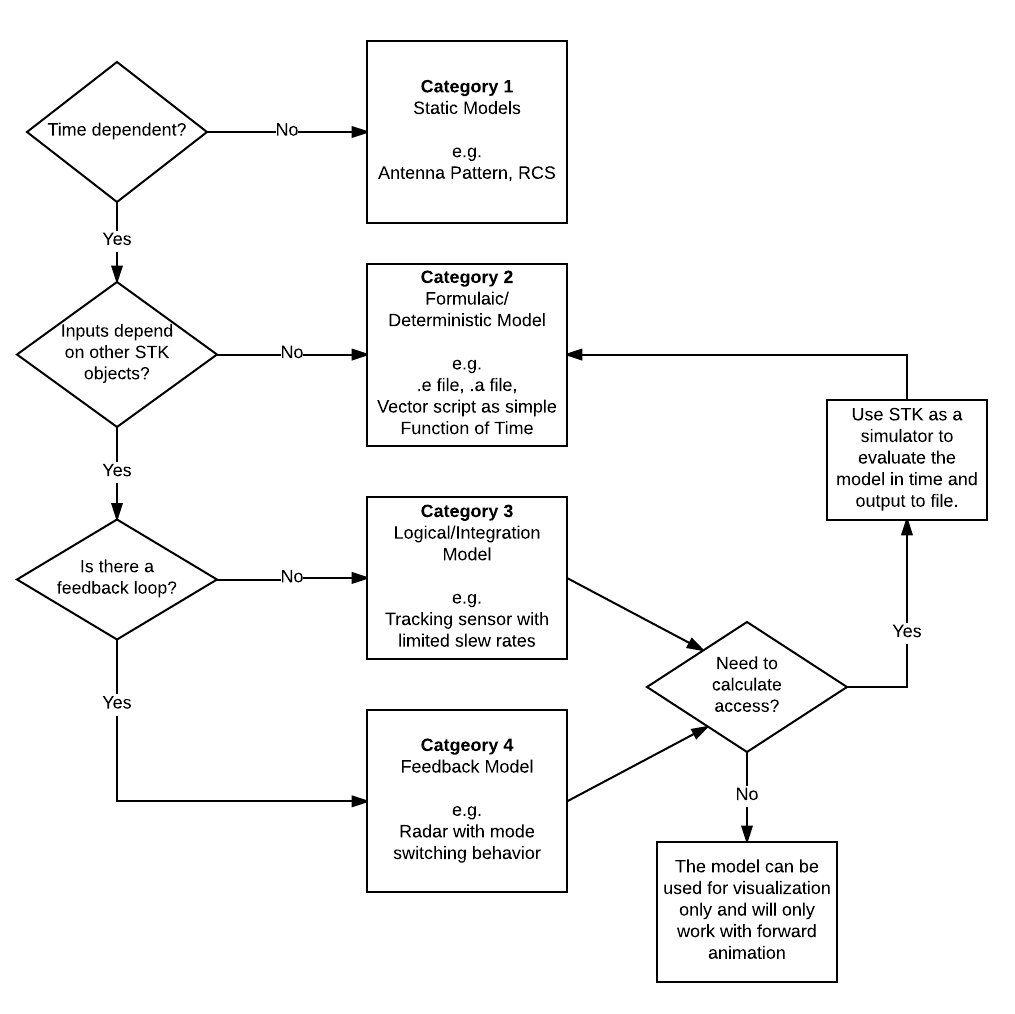