Impact of May 20 solar eclipse on satellite power

Many of you may know that there will be a solar eclipse this weekend on Sunday, May 20, 2012. Interested to know how this eclipse would impact satellite operations, we quickly analyzed the eclipse with our analysis software, STK. Within minutes we were able to assess when assets of interest would be affected. In this case we analyzed the impact on the International Space Station (ISS). What the STK analysis revealed was that the ISS will experience degraded solar power from lunar obscuration of the Sun on two orbits on May 20 with the solar intensity dropping to 37% of normal value at the apex of the eclipse! STK's Deck Access allowed us to quickly apply the same analysis of all of the satellites in our Satellite Database which uncovered that hundreds of satellites will be passing through the Moon's shadow for durations from a few seconds in LEO to nearly 40 minutes for some GEOs (find out more about Deck Access in this video). If you are interested in downloading this analysis, search the SDF for the "eclipse" scenario. 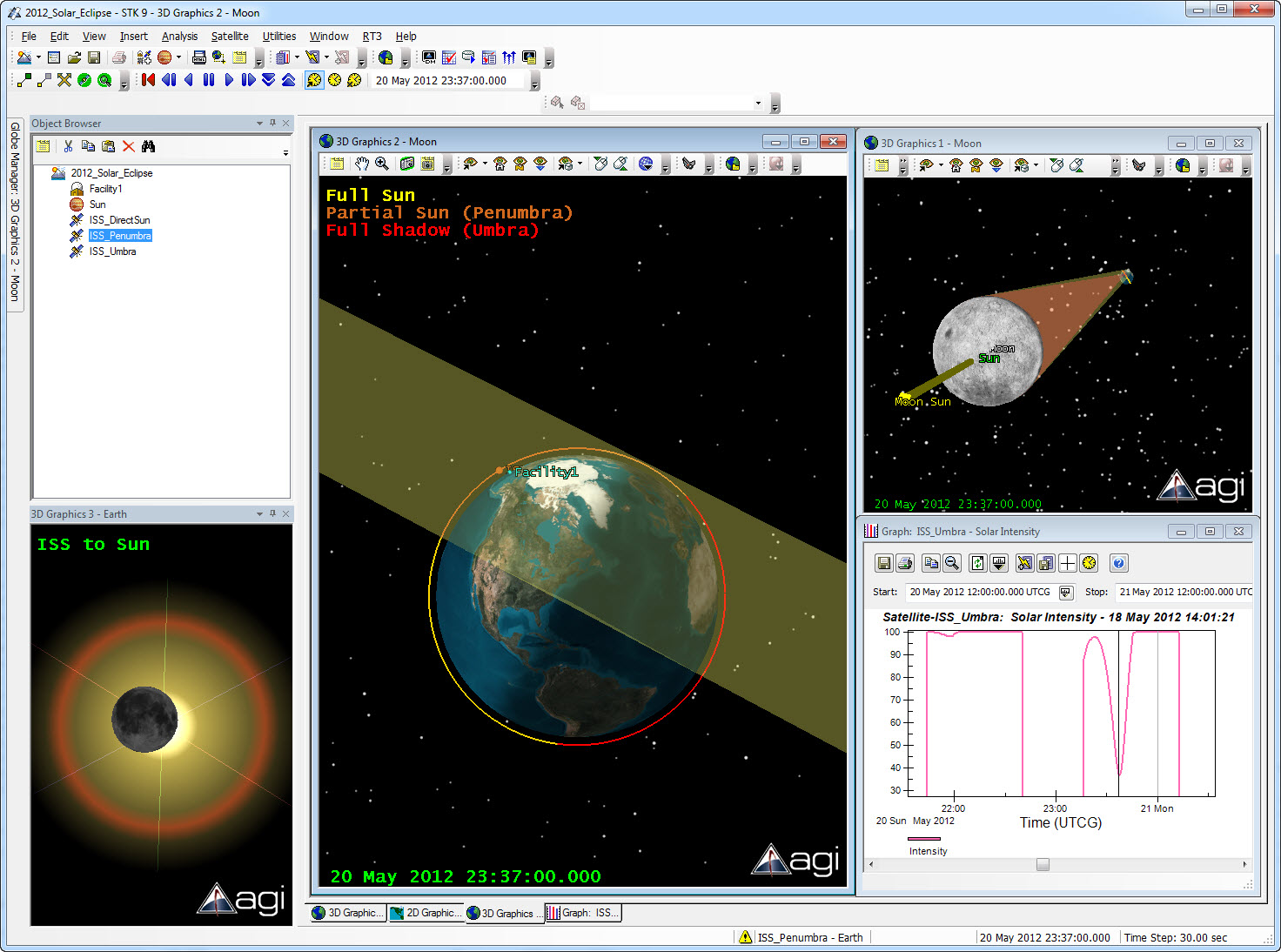 Another AGI Engineer, Adam Pederson, was curious about the eclipse too and wanted to know if it would be visible from his house. He fired up STK and created a coverage scenario to show the full range of the eclipse swath. The coverage calculation makes use of a custom Vector Geometry Tool (VGT) angle which measures the time-dynamic angle between the center of the Sun and Moon. This value is calculated in the Figure of Merit (FOM) through the Access Constraint mechanism, and then he chose for the minimum value—i.e. the closest that the centers of the Sun and Moon will pass—to be reported and displayed for each grid point. He applied a nice color ramp, which shows the full annular eclipse viewing area—where the Moon will be completely surrounded by the Sun—in magenta, ranging through lesser amounts of overlap, and ending with no overlap and thus no eclipse in the red areas. Where Adam lives, in Denver, the centers will come as close as about 0.057 deg, which is pretty darned close, but not fully annular. The Solar Intensity data provider says that at that time (7:30 p.m. MDT), he'll only be seeing about 20% of the Sun's normal light. Feel free to use the scenario to do similar studies of your own! 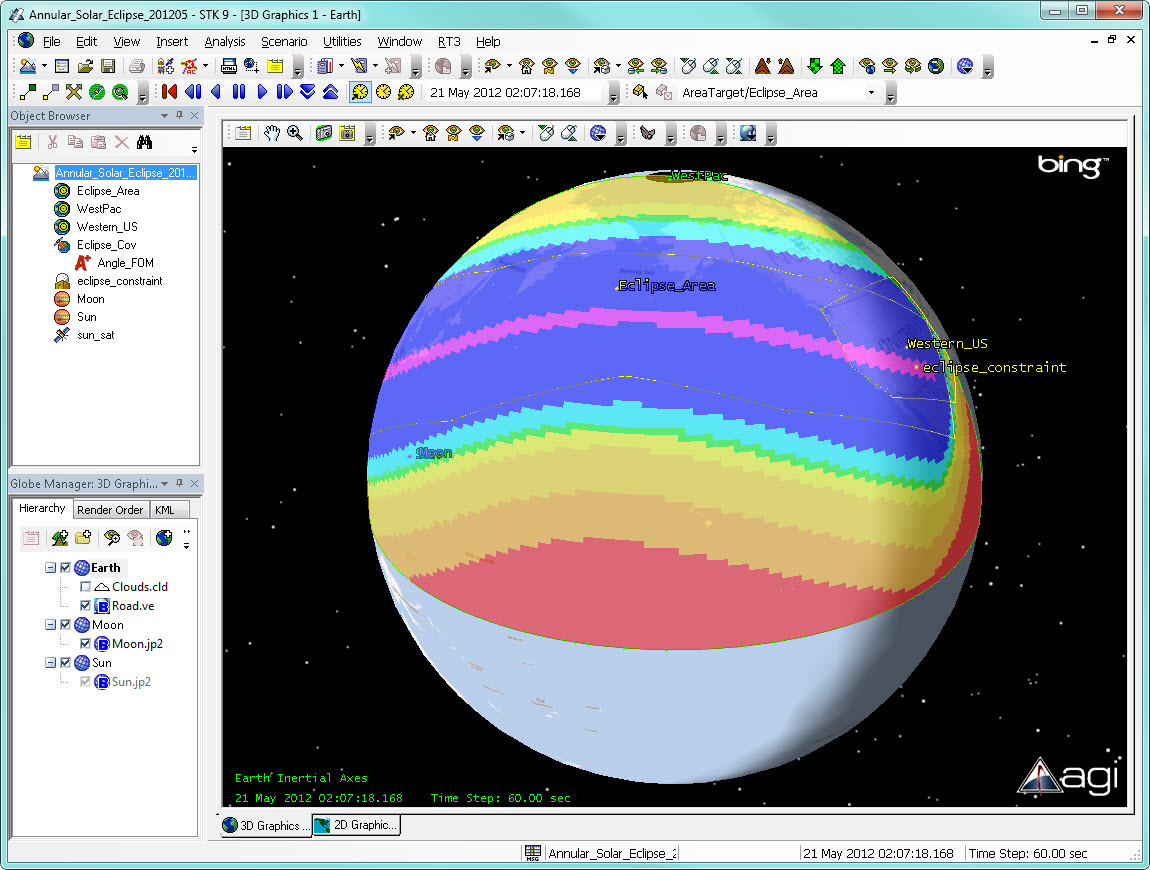