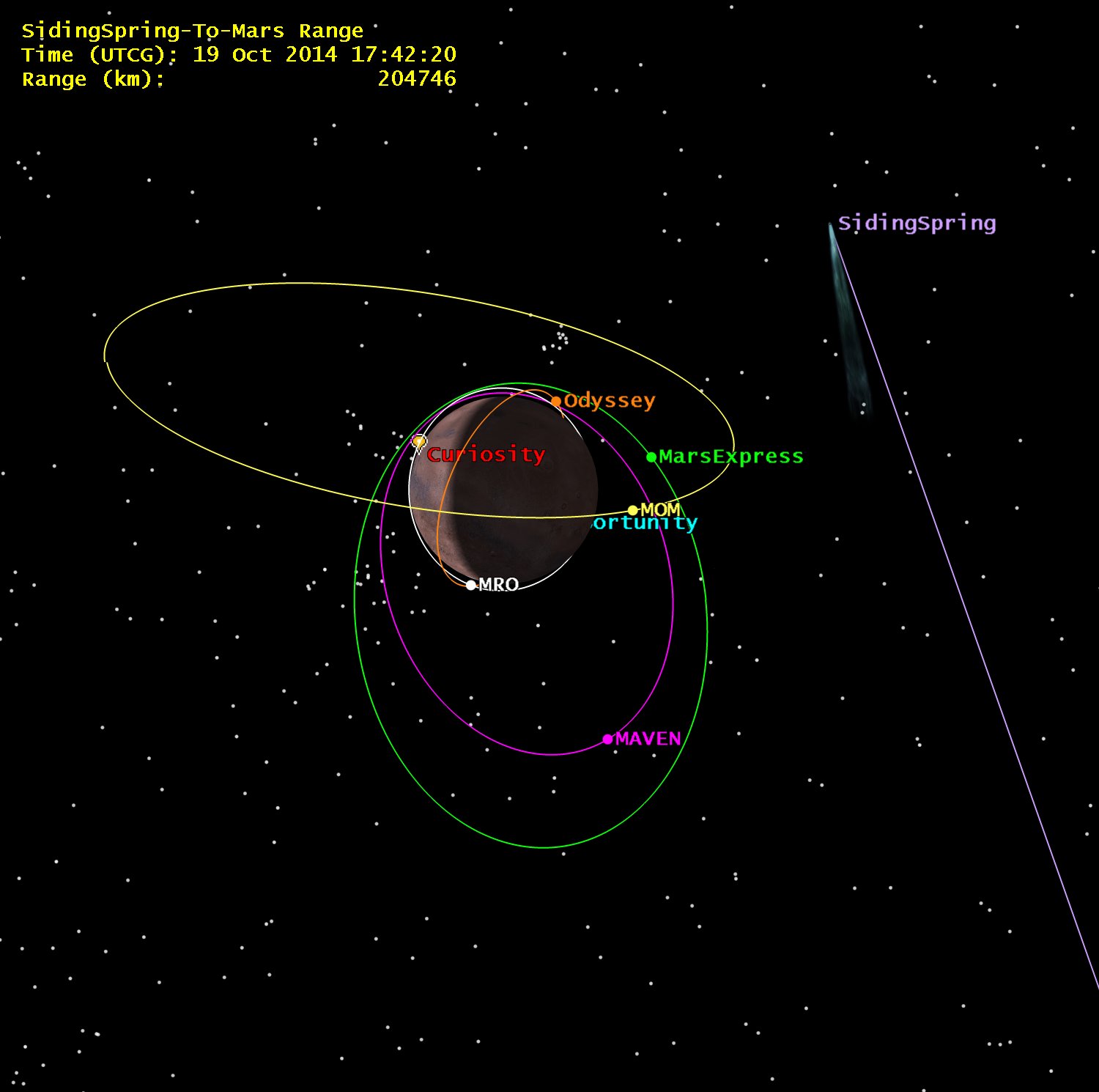 On October 19 comet Siding Spring is expected to flyby Mars, coming within 87,000 miles of the planet, according to NASA . Since the comet is coming so close, NASA made the decision to move the Mars Atmosphere and Volatile Evolution (MAVEN) and the Mars Reconnaissance Orbiter (MRO) spacecrafts behind Mars. This was done to protect the spacecrafts from debris from the comet that could potentially damage the orbiters (you can learn more about that from JPL).

As for the data in the scenario, Jonathan used JPL's NAIF website, which publishes data for primary and secondary bodies in the solar system as well as flight data for a number of NASA and some international missions. Much of the data is available in the form of binary SPICE SPK files (with a .bsp extension), which STK can load natively for planets and spacecraft.

He also used JPL's HORIZONS site, which allows users to dynamically request data, including some observation and ephemeris data, for most anything JPL tracks, including comets, asteroids and the like.

HORIZONS is also where you can go to get those same SPK files for small bodies. Jonathan was able to request position and velocity data from HORIZONS for India's Mars Orbiter Mission (MOM) and then manually created an STK ephemeris file. He used space.jpl.nasa.gov, to generate a single snapshot of MOM's orbit to verify position and velocity data that he manually created in the ephemeris file.

Once Jonathan finished with the technical aspect of the scenario we added in a comet model. We also added another 3D window so you could watch the encounter from the view point of the comet and get a good overview of the flyby from Mars.

Tech tip: If you have a label from a moon that you want to remove, whether it is Phobos and Deimos, like we had in this case, or the Earth's Moon, open up Globe Manager. Right click on the moon's label that you want to turn off and toggle off the label. It took me forever to figure this out - but a quick call to tech support cleared it up (thank you Jens).