A three-part, hands-on virtual training series using the Apollo 11 mission to develop lunar trajectories using STK Astrogator. And yes, Austin Claybrook led this, too, along with our superb training team.

Apollopalooza (noun) - a weeklong celebration for the 50th anniversary of the moon landing at Wings Over the Rockies Air and Space Museum in Denver, Colorado. AGI senior research astrodynamicist, David Vallado, will be presenting at the museum on the history and future of lunar missions on Tuesday, July 16, at 3:30 pm local time. In the Denver area? Buy your tickets now

Need more Apollo 11? Houston, we have NO problem! Check out our Apollo 11 events page. 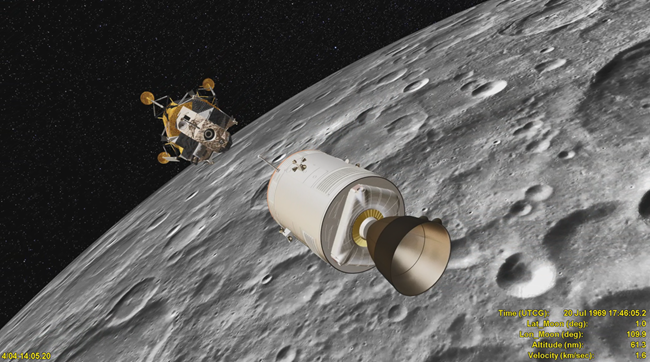