Modeling the Coriolis Effect is a Breeze with STK

There are many physical factors and elements that must be considered when you attempt to model an aircraft fly-out in a simulated environment. These include making sure that the aircraft is flying as it would under real world conditions, ensuring that it isn’t doing an unrealistic maneuver, and verifying that the aircraft is realistically interacting with the simulated environment.

In STK 12, the fidelity of aircraft environments was enhanced with the option to model the Coriolis Effect. Let’s briefly explore how much of a difference this makes. 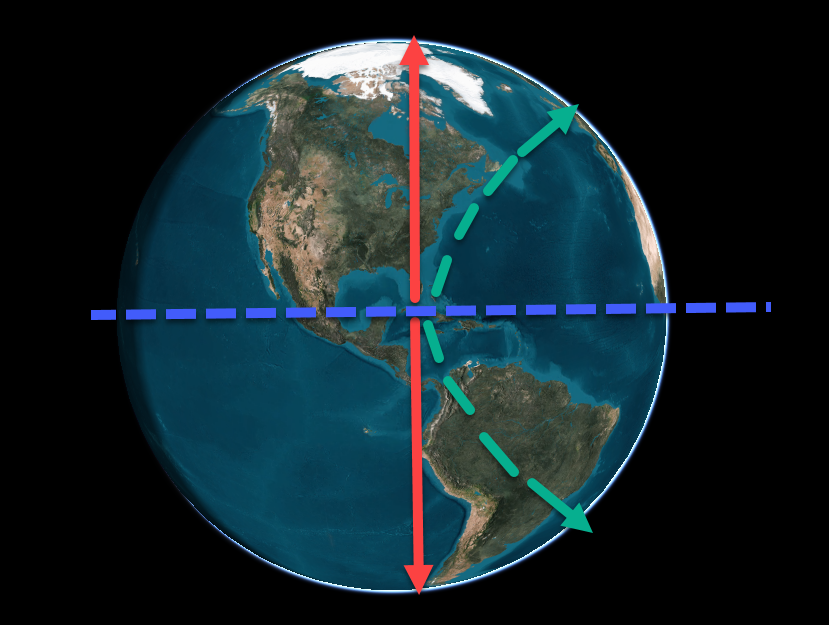 In the illustration above, the red line depicts the intended path while the green line depicts the deflection due to the Coriolis Effect. Your aircraft’s actual deflection from the Coriolis Effect may not be as severe as what you see in the illustration, but it depends on the flight that you’re trying to model. Let’s look at a couple use cases — modeled in STK — to further demonstrate this. 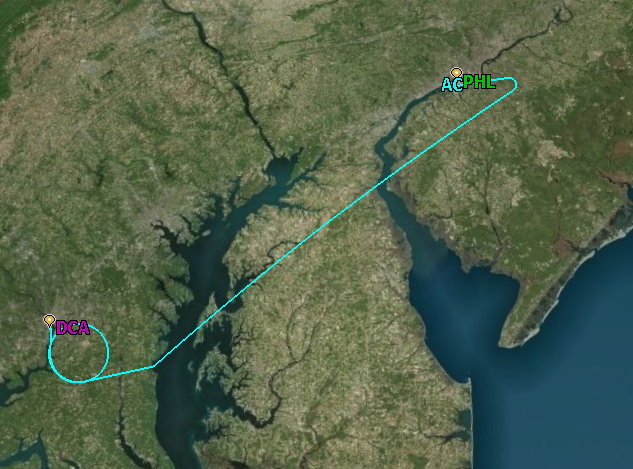 The image above shows a flight from Philadelphia International Airport (PHL) to Ronald Reagan National Airport (DCA), modeled in STK Aviator. This flight is not taking the Coriolis Effect into account. After taking off, the aircraft follows along a fly-straight procedure, which leads it very close to DCA. From this point the aircraft makes a right turn and does a few loops to land. The fly-straight portion of the flight is based on its initial position, so let’s see how accounting for the Coriolis Effect affects this flight. 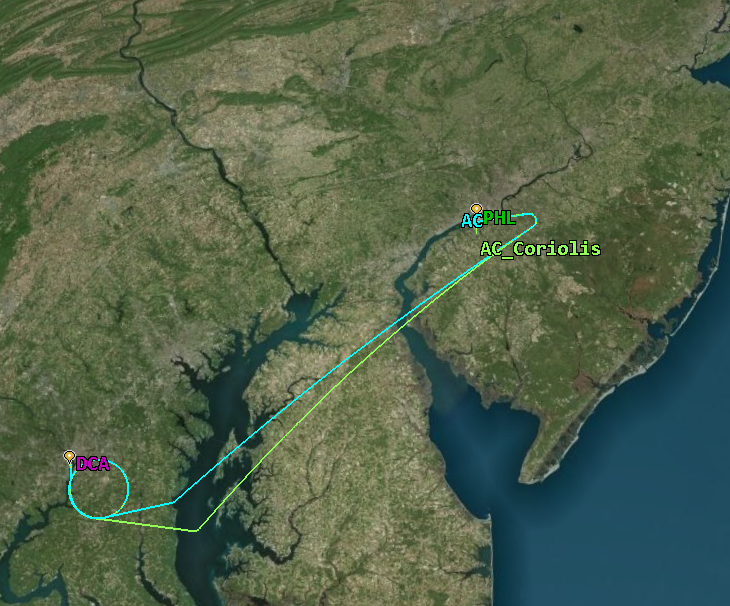 The image above shows the same flight — modeled in green — with the Coriolis Effect applied. You can see that even over a short flight, the aircraft is being deflected. At its furthest deviation, the aircraft is about nine miles off the original (blue) route. 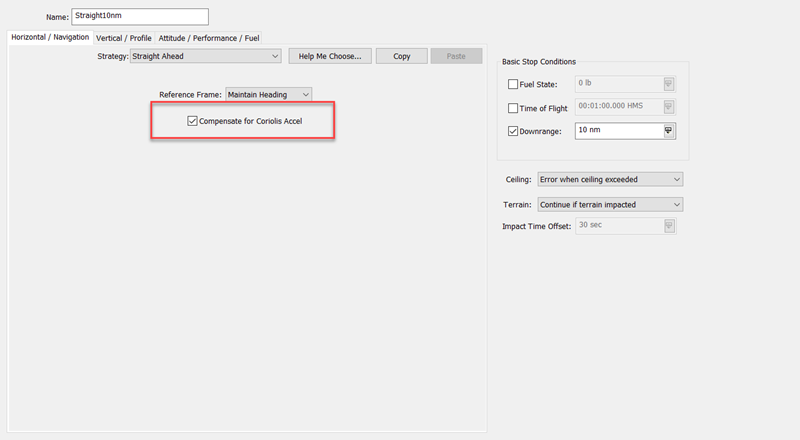 Applying the Coriolis Effect in STK Aviator is simple. In a Basic Maneuver procedure’s properties tab, select the Compensate for Coriolis Accel option.

Let’s model a longer flight — say, for a vacation in Florida! As before, first you can see the route as a straight line. 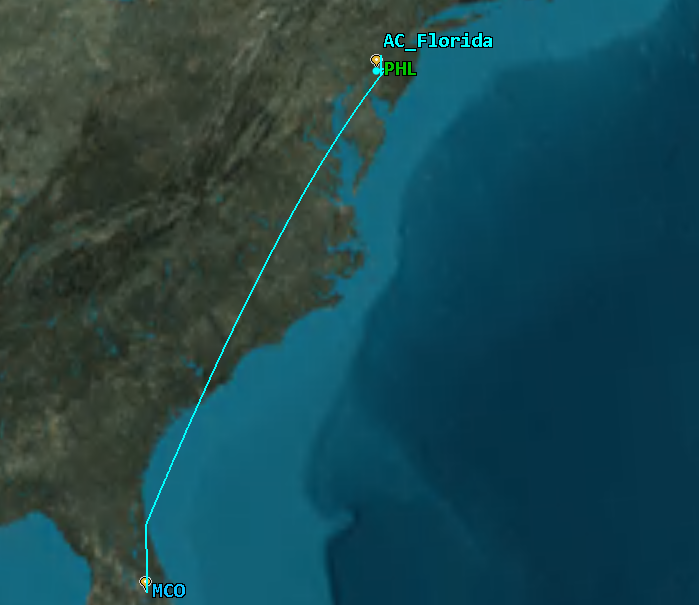 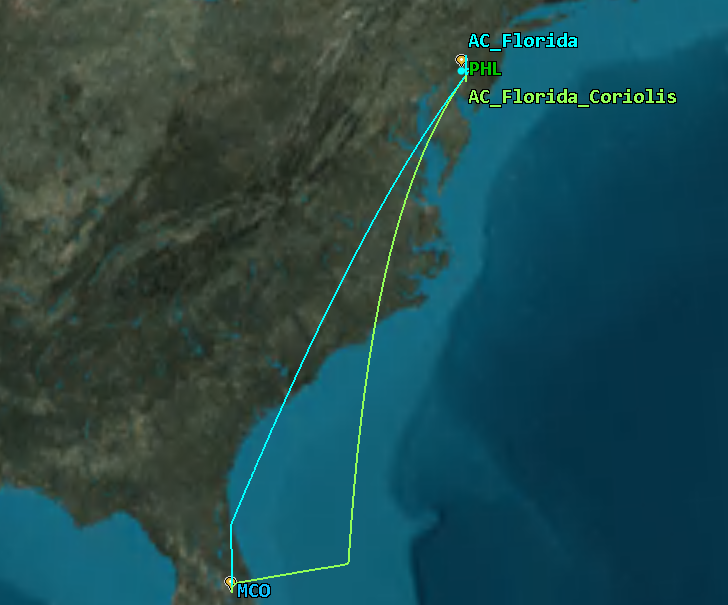 Hopefully you can see just how much your analysis could change by increasing the environmental fidelity with the Coriolis Effect. With STK, you can enable these high-fidelity effects with the push of a button, and rapidly and accurately model your mission!