The day Neil Armstrong and Edwin "Buzz" Aldrin walked on the Moon, I was ten years old, but almost eleven. Being born in 1958, I grew up during the Space Race.

I was a typical kid of the era and lived near Bethlehem Steel in the small city of Easton, Pennsylvania. Rumors were that the “Reds” had the steel plant zeroed in for a nuclear strike. We often searched the nearby hills for the supposedly hidden surface to air missiles which would strike down Soviet bombers. I guess they were well hidden; we never found them.

At school, we hid under desks practicing for an A-bomb attack, lined up at the grade school nurse’s office to receive polio vaccinations via sugar cubes, and sat in the “coat room” for punishment if we couldn’t keep our mouths shut. When it snowed, we went sleigh riding on our Flexible Flyers. I participated in occasional fist fights at Stemie’s field (a ten by ten foot patch of grass) cheered on by neighbors as they sipped Schaefer beer. No one ever called the police…it was a different time.

Starting around first grade, I’d get books sent to my house through a school program that talked about NASA and the rockets sending astronauts into space. You’d get these little cutouts of rockets and astronauts that you’d paste on the correct pages. A couple of times a year, they’d send you a model of the latest rocket or plane. I had models of Mercury, the X-15, Gemini, and finally Apollo to include the moon lander. 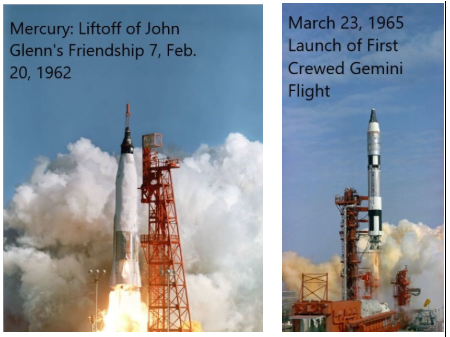 From the time I can remember, I was always glued to our small black and white television, watching Americans being launched into space. I didn’t miss one. It was such a big deal back then that teachers would show it in school. I was always excited when I heard the phrase, “T minus ten seconds, nine, eight, seven, six, five, four, three, two, one, we have ignition.” All the cables would be released and up they went. The next round of excitement came when they made a re-entry and landed in the ocean. I never missed that either.

Each mission was a success and I figured America and NASA could do no wrong. Then, on January 27, 1967, there was Apollo 1. I might remember that day more than the actual moon landing itself. I was crushed at hearing three astronauts had died during tests. Once changes were made to the capsule design, I watched the process of practicing, culminating with Apollo 8 orbiting the moon. A couple more practice missions and Apollo 11 was ready to go.

I was at my Uncle Walt’s house the day Neil Armstrong and Buzz Aldrin landed and walked on the moon. My best friend Dezi and I had been climbing a mulberry tree and were covered with juice from eating the fruit. My Uncle Walt called us in to watch the landing. The tension was palatable. No one had ever landed on the moon and it was amazing. When they did land, we were all hollering and jumping up and down. I remember Walter Cronkite giving the “play by play”. He took off his glasses and you could see his joy and amazement at what had happened. Then, a couple of hours later, Neil Armstrong stepped on the moon’s surface and said those famous words, “That’s one small step for man, one giant leap for mankind.” 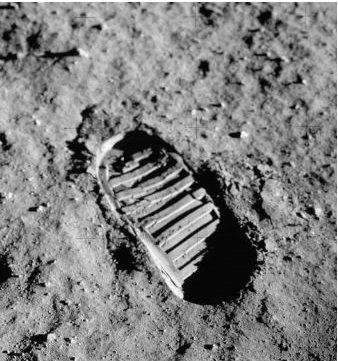 I was so proud! It still brings me close to tears today when I think about it.

You would think that I ended up becoming an aerospace engineer or something along those lines. I took a different route. Most of the astronauts back then were in the military, so that’s the influence they had on me. All of this happened during a very tumultuous period in American history and many young people had a very bad opinion of anyone in the military. Not me! I saw them (astronauts and service members) as heroes, not villains.

Three days after my eighteenth birthday, I entered Air Force Boot Camp. It was the best decision I ever made. I spent twenty two years in the service as a Medic and Airborne Crypto Logic Linguist. After retiring, I moved around a bit and eventually ended up on the AGI team teaching people, who put satellites into space, how to use STK. It just took me a while to get here.

AGI is honored to celebrate the 50th anniversary of Apollo 11. Be a part of the celebration with us.