With all the recent hype about the Apollo 11 landing 50 years ago, I wanted to see if there are any other significant anniversaries coming up. Turns out there are a number. For example, the 60 year anniversary of Luna 2 is coming up this fall. Luna 2 was the first man-made object to crash into another celestial body, on 13 Sep 1969. There were also a number of missions to Venus 40 and 50 years ago.

While going through the lists of artificial objects on the various celestial objects, I compiled a spreadsheet and pushed all the known landing/impact locations into STK, as shown in the images below. 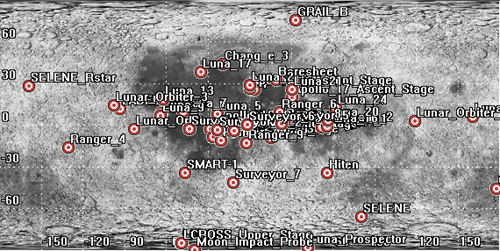 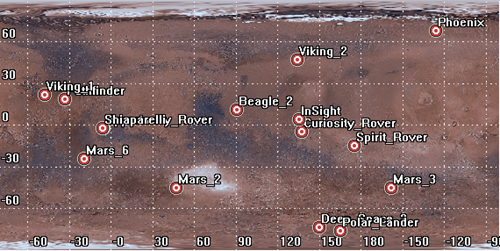 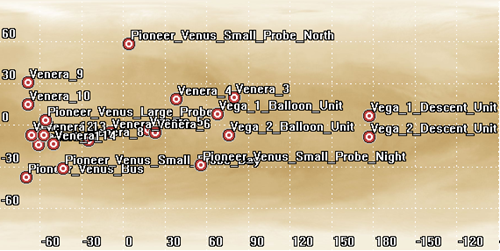 While this is a remarkable number of objects, they landed or crashed, on average, about 36 years ago. Most of them achieved quite impressive results with the technology available at the time. Think of all the exciting things we could accomplish with today's technology!