Using the Satellite Lifetime Tool versus HPOP for Re-Entry Prediction

I recently had a customer ask about the differences he was seeing in a satellite’s predicted decay time when using the Satellite Lifetime Tool versus propagating the satellite using HPOP. This particular customer was seeing a variance of about two months. I helped him realize the large time gap in this instance was due to inconsistent setup of the Lifetime Tool and HPOP Force Models. This customer inquiry led me to realize we should create a “best practices” article for using these tools for comparison. I’ve laid these practices out in an FAQ here. 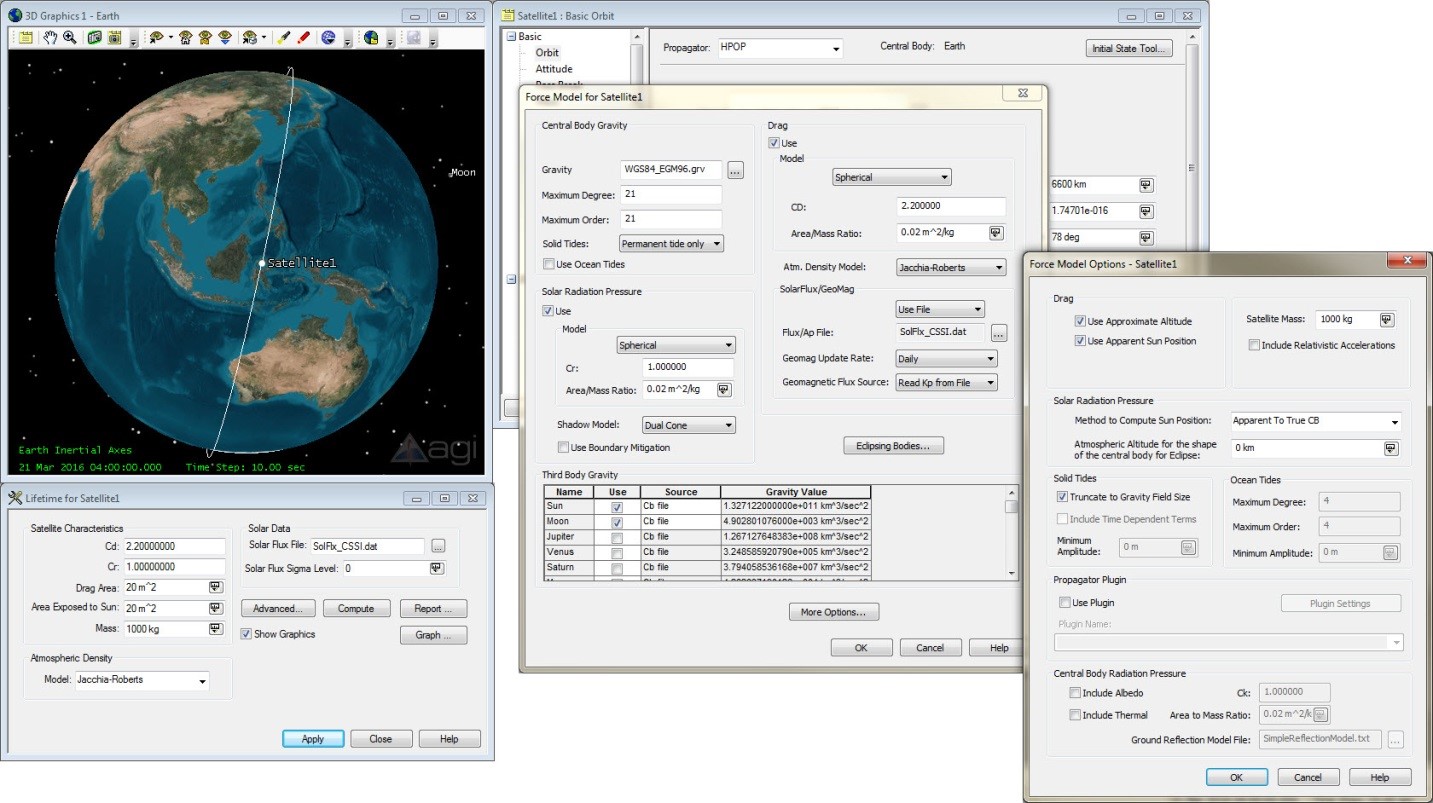